In physics the point of critical mass is, according to Britannica, “the minimum amount of fissile material needed to achieve a self-sustaining chain reaction under stated conditions.” In sociology the term is used to describe a social phenomenon that reaches the “threshold of its limits” – when enough people within a group “alter their opinions leading to drastic change in their behaviour and actions”.

It is my belief that Covid-19 and the ensuing pandemic, is the new fissile material that has acted as the catalyst that will alter the chain reaction and the stated conditions that sustained the post-World War II world order.

The path that Globalization took from 1986 onward, when The People’s Republic of China formally submitted its request to become a contracting party to GATT to its official acceptance as the 143rd member of the WTO in December of 2001 has led to the economic stagnation & stifling of middle- class Europeans and Americans. A stagnation to their wages, to their social mobility and to their dreams.

The working premise that Western policy makers and academics made when accepting China into the WTO 20 years ago (besides the advantages to be had by Western companies from the opening the Chinese market), was that China’s ensuing economic prosperity would lead to the creation of an affluent Chinese middle class. In turn, that middle class would gain political influence and power and thus lead to the weakening of the Chinese Communist Party’s monopoly of political power within the country. The first happened the second did not.

At best this line of thought was an expression of a naivete of the grandest scale on two counts. First, that a communist regime could be transformed via capitalist osmosis and somehow fade away. Second, the idea that the global economy and western societies could seamlessly absorb 1.3 Billion people [ 4.0 Billion if India and other Asian nations are included] without any social consequences was surreal.

At worst it was a form of cultural narcissism. For it posited that the historical experiences of western societies – a 500-year-old journey of both revolutionary & evolutionary change – from autocratic to representative forms of government, could be replicated in China in the span of a generation.

Brexit and the election of Donald Trump in 2016 were the two red flags signalling that two new fissile materials had been added into the chain reaction. Both were expressions of a political will that wanted to change the course Globalization was charting. Thus, the advent of the new coronavirus has amplified the call for change to the status quo. It had the political strength to awaken Western policy makers to see the extent to which their nation states were compromised due to an overreliance to global supply chains in key industries. It had the political strength to bring to the centre stage of public debate a conversation that at best was frowned upon and at worst was exorcised as an anathema. It set off a chain reaction that will lead to a deep review and adjustment of trading patterns, ones that are compatible with national security and environmental needs & concerns.

Regardless of a verifiable cure or a vaccine which can return us to a pre-2020 normalcy, the new coronavirus has accomplished its mission.

Above all else, the unintended consequence of the Covid-19 pandemic beyond bringing forth a struggle for the realignment of global capital flows, production sites & trading patterns, must be seen and heard as the starter’s gun for the new Great Game between the U.S.A. and the P.R.C.

A new Great Game that will pit, as always, the virtues and vices of a liberal representative democracy against those of a Marxist – Leninist state which also harbours extreme nationalistic characteristics. The West in general and the USA in particular are called upon to face and navigate the global challenge of an ascending China. A nation state seeking not only global economic supremacy but international geopolitical dominance. 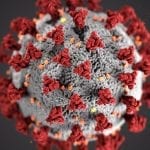 The Molding of Donald Trump

To understand Donald Trump and the Trump presidency you have to know who Roy Cohn (1927-1986) was. If one grasps Cohn’s public persona, behavior and world view one attains a window through which we can peek into and comprehend Donald Trump’s behavior.
Written by Alex Tallas 29 Οκτωβρίου 20202 Νοεμβρίου 2020
Next